The Placebo Effect: And why it’s important to your fitness journey

The placebo effect is well and truly alive in the fitness industry. While there is no doubt about the physical and psychological benefits of exercise, your belief in why you are exercising and your expectation of outcomes is also of significant importance.

In my 12 years of experience as a Personal Trainer, I’ve inducted hundreds of new members into the Core Principles community. Over that time, I’ve seen many members go on and achieve everything they’ve set out to achieve and more!

I’ve also seen many fail, despite all the encouragement (persuasion, harassment and scheming included) offered by some of the best trainers available.

So what separates the two groups and how can you make sure you’re in the “Did It!” group?

Well, in the simplest terms, there are three critical mental factors or ingredients that will most strongly influence the outcome:

Positive intention (or goals) makes your journey easier to identify with and gives you clarity and purpose. Clear expectation drives your longer term commitment, particularly when it feels tough. Strong belief is going to take you the rest of the way.

My worst FAIL in 12 years

A middle age bloke (let’s call him Craig) came in to see me for his Initial Health Consultation. Craig had been referred to me by his wife who was a member at the time and who had achieved pretty significant results. Now, if you’ve been to an IHC with me, you’d know that it can be a pretty intense and confronting 60 minutes getting to the bottom of your Intentions, Expectations and Beliefs as well as the more practical measurements and other fun stuff.

I get things going pretty quickly by asking new members the very simple and open question…”So, why are you here?”

Craig replied with a defeated look…”My wife told me to come”.

Needless to say, Craig lasted about 2 weeks before quitting. No intention, expectation or belief.

The Palcebo Effect and Why it’s Important

The placebo effect is an outcome resulting from a person’s anticipation that an intervention will lead to a result, the outcomes of which can be either positive or negative. Although the placebo effect has been known for a long time, it is still not understood what actually causes it. With that being said, we can all agree that using the placebo effect can be a powerful tool to help improve health.

Examples of the Placebo Effect

Study 1 – Use of “Antihistamine” Cream on a Rash. Participants in the study had an irritant rubbed on their forearm which produced a small rash. The participants were then divided into 2 groups. In both groups a medical professional applied the same placebo cream with no active ingredients. One group was told that an antihistamine cream was being applied (to reduce inflammation), the other was told that a histamine was being applied (to increase inflammation). The group that believed they were being given a treatment to reduce the rash saw a significant decrease in the size of the rash while the group that believed they were being given an inflammatory cream saw an increase in the size of the rash. The subject’s belief about the treatment actually led them to have the health outcome they thought they would have, regardless of the efficacy of the treatment itself.

Study 2 – Effects on Ghrelin. Participants consumed identical 380-calorie milk shakes. On one occasion, the label said it contained 140 calories (Weight Loss Shake), and on another, the label said it contained 620 calories (Meal Replacement Shake). The “meal replacement” condition produced a steeper decline in ghrelin (a satiety hormone) and greater self-reported satiety compared to the “weight loss” condition. People who believed that they were consuming a nutrient dense shake compared to a weight loss shake actually had a better hormonal response than those who believed they were restricting themselves.

The Power of Social Context

Study 1 Revisited – Researchers went back and changed a few variables in the antihistamine study. This time, all participants were told that an antihistamine was being applied to the rash. What the researchers did this time was split the participants into two groups and change the persona of the doctor. One groups medical professional greeted the participants warmly, wore a badge that said senior doctor, showed interest and empathy and carried out the test with an obvious level of confidence. In the second group the Doctor deliberately avoided eye contact, was short with the patients, wore a badge saying ‘trainee’ and fumbled while putting on the blood pressure cuff. In this instance the group that felt they were in safe, competent hands saw an even greater reduction of inflammation than participants in the first study while the group treated by the seemingly cold, incompetent doctor saw a significantly less decrease in the size of their rash. Some even saw a slight increase!

The placebo effect, although not fully understood, can be a powerful tool when it comes to managing health and fitness. Its effect can be used to both positively and negatively affect outcomes. Furthermore, the social context in which the placebo effect is used will magnify the effects to a significant degree.

If at first you do not succeed, come and have a chat with me. Not all trainers will be a good fit for all members despite qualifications. As a team, we are here to provide the best possible fitness outcomes for members, which means we have the flexibility to try different approaches and trainers to make sure we deliver.

If you believe, you will achieve! 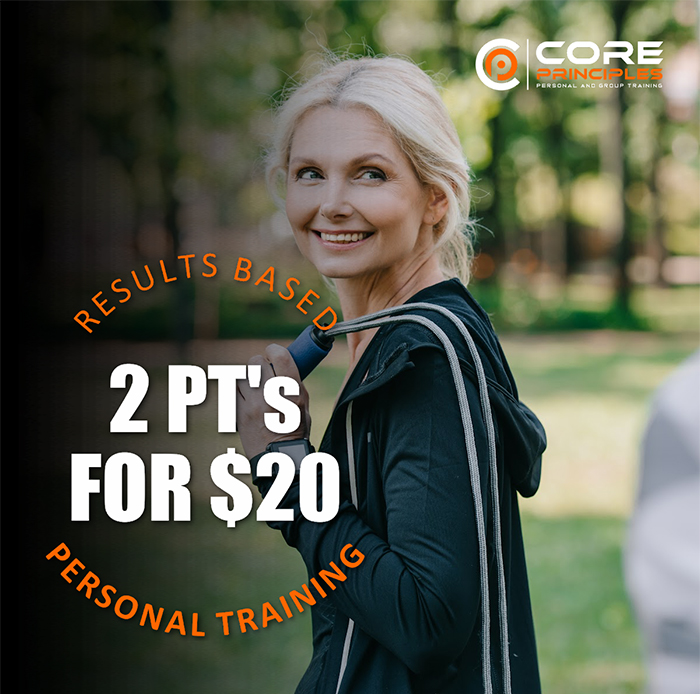